ARCHIVE FOR THE ‘thosas-igou’ CATEGORY 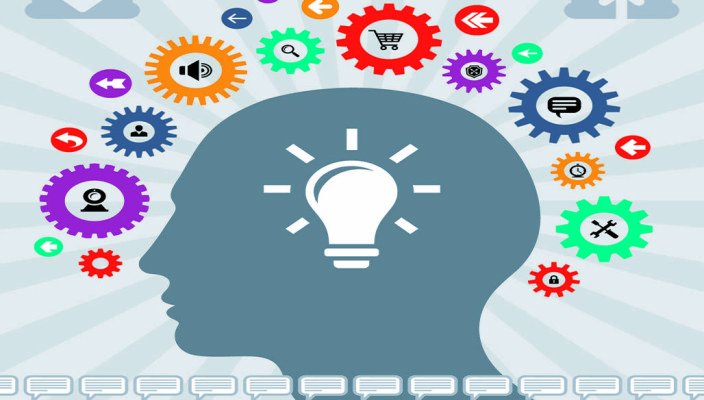 An Opportunity to Learn From the Best - Your Peers

This April, Copperberg is returning to the Warwick Conference Centre for its 4th Annual Field Service Summit and 2nd Annual Spare Parts Summit, bringing over the course of two days 200+ service and parts leaders from the UK manufacturing industry. Chaired by Andy Neely of the Cambridge Service Alliance, both days will be filled with intense group discussions and inspiring keynotes.

First up on 3 April, The Field Service Summit will focus on how to move from a service culture to an experience economy.

The right customer experience directly translates to economic gains and differentiation as premium service. With the growing number of connected devices, easier integration of new sensors and the rise of automation in the field, customers now demand a more memorable experience. The experiences consist of being able to make the customer participate, connect and build a relationship with the service, assuring loyalty in the long term. To be able to shift from a service culture to one based on capabilities and outcomes demands organisations need to go the extra mile in providing prompt, accurate and reliable solutions in the short customer attention span.

At the 3rd Annual Field Service Summit UK in April 2018, more than 120 field Service Directors gathered to learn how to use the latest advances in software technologies to improve their connection points with their customers and maximise their service operations’ financial performance.

In 2019, The Field Service Summit returns with an even more engaging value proposition: entering the era of the Experience Economy with an outcome based service strategy.

The highpoint of the event, though, will be the idea blitzes: 16 group discussions on distinct and dedicated topics within field service management that will run four times throughout the day, for intense discussions.

Then on 4 April, the 2nd Annual Spare Parts Summit will take place, focusing on putting availability at the core of a manufacturer’s strategy.

Spare Parts is the money-maker of a service division; however, in a time of great uncertainty, where the boundaries of competition are crushed wide open by tech giants and technological breakthroughs, and where global trade agreements are under constant threat by protectionist governments, the need for change and innovation is more important than ever.


"Spare Parts is the money-maker of a service division..."

The 2nd Annual Spare Parts Summit will guide you through the most modern tools and strategies to ensure that your customers’ expectations, availability, is ensured. The event will offer engaging peer discussions to discuss how to not only digitize service offerings for the benefit of customers and profit margins but how digitalisation will impact spare parts businesses and the industry as a whole.

The event will also look at pricing strategy as a key to business growth, and how to be coherent in pricing approaches in an omnichannel environment where ecommerce becomes a vital tool to lock in customers and fend off competition.

Finally, the event will also showcase innovations in warehouse management, supply chain optimization, and how to use IoT for parts failure predictions in order to ensure that manufacturers always deliver the right part at the right time.

Some keynotes to look out for: the Increasing Influence of Ecommerce in The Industrial Aftermarket by Carl Daintree from Sandvik. In this session, Carl will highlight Consumer/Customer behaviour analysis, and their new expectations regarding a seamless online experience with 24/7 access to information as well as why manufacturers are now working towards utilising Ecommerce as their primary sales channel, and exploring the benefits of this strategy.

Another keynote to look forward to: When reality trumps value-based pricing of spare parts - Moving beyond from Price Setting to Price Getting by Matias Mäkelä, Pricing Manager at Kalmar Services.

The session will focus on how even state-of-the-art product segmentation, carefully built value-based price structures maintained by modern pricing tool do not always guarantee the optimal result in final net prices. Matias will share his hands-on experiences on tackling margin erosion due to various indirect factors affecting net price getting.

With over 200+ service and parts leader in attendance over two days, the Warwick Conference Centre will once again be host to the UK’s largest business conference for service leaders in the UK, with a unique format putting delegates at the forefront of the program with the idea blitzes.

You can register for the Field Service Summit here and the Spare Parts Summit here. 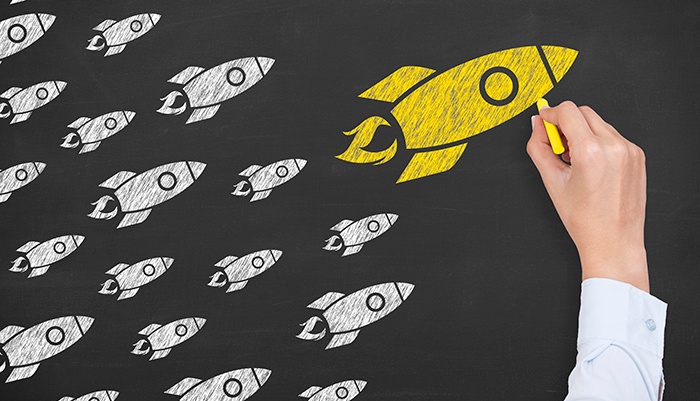 There are some familiar names and some new faces on this years list and as always we don’t expect everyone to agree with our selection - at it’s heart the #FSN20 was conceived as a tool to get everyone in our industry thinking about who it is that they have come across in the global field service sector that has made them think, who has made them question the accepted paradigms, who has inspired them to do just one little thing more in their own day to day role.

But for now, ladies and gentleman and without further a do, in no particular order, we are pleased to introduce the #FSN20 of 2017...

Brewer is a new entry to the #FSN20 having recently moved to IFS from PTC.

The message from the IFS hierarchy was loud and clear when they held their last World Conference in Gothenburg towards the end of last year. Field Service was a key priority moving forward and their new owners EQT had every intention of pushing the Swedish company to keep doing what has made them a well respected brand within manufacturing and field service management circles - but do it bigger, better and to get to there faster.

Having taken the reigns of the service management division globally Brewer is set to figure prominently in the industry across the next twelve months.

Baines retains his place on this years list and is perhaps he one person that has appeared multiple times on the list whose entry becomes even more deserved each year.

Baines has been at the centre of the servitization movement for as long as anyone and although many of his peers such as Neely and Lightfoot should share equal status for being the Godfathers of Servitization, it is fair to say that Baines’ work as a leading proponent of the servitization movement is as unparalleled as it is inexhaustible. The Aston Spring Servitization Conference which is the show-piece of the Aston Centre for Research and Practice continues to grow in terms of both audience and importance each year and it’s location in Lucerne, Switzerland this year is a testament to it’s growing status on the international industrial map. Whilst Baines’ would humbly point to the great team he has working with him at Aston, his role in the global shift towards servitization simply cannot be overlooked.

Another that has been ever present on the #FSN20 since it’s inception and someone who is likely to remain on the list until the day comes where he retires, which given Pollock’s passion for the industry and seemingly eternal youth may won’t be any time soon!

Pollock is not only still a key commentator and analyst within our sector whose papers and features are not only widely read but also hugely respected, but he has been a mentor for a number of key figures within the global field service industry, including a number of other #FSN20 members, and also Field Service News’ own highly respected Editor-in-Chief, Kris Oldland.

However, Pollock’s inclusion on the #FSN20 isn’t just based on his past merits, his organisation Strategies for GrowthSM continues to provide some of the most detailed research and insightful analysis for the field service sector that is essential reading for any field service executives that wish to stay in touch with what is driving our industry forward.

Igou has been integral to Copperberg’s continued success and growth in the European field service conference circuit, In fact with five industry focussed events now running across the continent that should be of interest to senior field service and aftermarket executives, Copperberg are firmly established central pillar within the European field service community, and Igou sits proudly at the heart of that. In his role as Editorial Director, Igou is responsible for making sure the key topics in the industry are raised and the leading thinkers within our space are given a voice.

A key influencer within our industry.

Under Holleran’s leadership Xplore Technologies acquired Motion Computing and became the 2nd largest manufacturer of rugged tablets in the world.

Holleran is a man who not only truly understands the different sectors his clients operate in but also who truly appreciates the importance of understanding his customers’ work-flows and therefore their technological needs.

A perfect case in point being the inclusion of a HDMI in on their XSLATE D10 rugged tablet, which makes it a perfect device for Telco and Pay TV engineers needing to test signals - which is exactly why it is there.

We don’t expect anything other than rugged tablets to be coming out of Xplore, but we do expect them to keep delivering best-in-class products in this form factor. As Holleran says “that’s what we do and we are the worlds best at it.

Erkoyuncu takes over from Professor Howard Lightfoot as a representative of Cranfield University in the #FSN20 this year, however it isn’t just a straight like for like swap. Whilst the two worked together at the Through Life Services Institute, Erkoyuncu’s place on this year list is based primarily around the work he is doing in both industrial maintenance simulation and also augmented reality, and as such we believe he will be a key commentator and influencer on our sector in the years to come.

Massoud’s role as Divisional Director at WBR puts him in control of a number of the industry’s key events including Field Service USA which is the jewel in the crown as the key point in the USA field service calender.

In addition to Field Service USA, WBR also run a number of important industry focussed events including Field Service Medical and Field Service Europe and in his role as Divisional Director Massoud is directly involved with each of the events and responsible for delivering industry leading content to keep field service professionals up to date with the key trends with in the industry. Massoud is also responsible for overseeing WBR’s research and a respected analyst within the sector

He is also heavily involved in The Service Council’s ability to provide service executives the ability to benchmark their operations and also provide guided insight to improve service organisation performance through dedicated research programs. Dutta also plays a key role in building out TSC’s community platform focused on becoming the single source of information and networking for service executives globally and is a prolific author on the matter of field service.