ARCHIVE FOR THE ‘scs-technologies’ CATEGORY 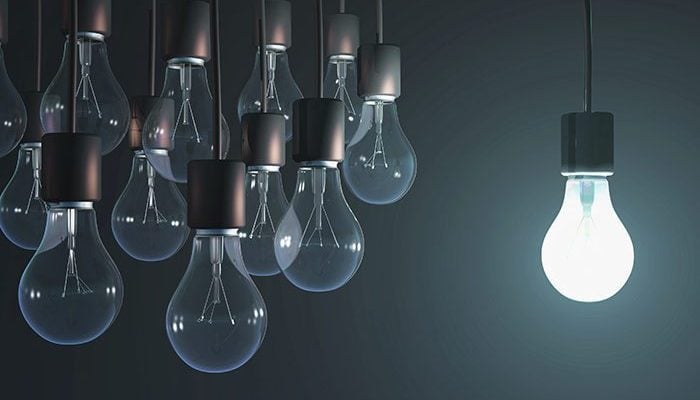 Outmoded, inflexible and server-based service management software can make it difficult for companies to grow. However, thanks to the fully automated, integrated and optimised cloud-based workflows facilitated by Tesseract, SCS Technologies Ltd...

Outmoded, inflexible and server-based service management software can make it difficult for companies to grow. However, thanks to the fully automated, integrated and optimised cloud-based workflows facilitated by Tesseract, SCS Technologies Ltd has found scaling up a piece of cake.

SCS is a leading UK-based provider of technological solutions to hospitality, retail, utilities and telecommunications companies, along with local authorities and social housing organisations. Its solutions include TV systems from Samsung, Philips and LG, Wi-Fi, satellite services, TV distribution systems, digital signage, and security systems such as CCTV and access control. High-profile clients include BT, Next and Vodafone. It also provides and maintains the TV systems for every Travelodge in the UK, which amounts to approximately 40,000 rooms in over 540 hotels.

SCS has been using Tesseract’s field service management software for the past 18 years. At first it was used for call handling only, but has since grown into a cradle-to-grave system covering everything from contracts to scheduling to logistics and stock management.

Tesseract has allowed SCS to go completely paperless. Job sheets no longer exist. Engineers use their smartphones to access job, site and contract information, input service reports, and get electronic signatures from customers to close down jobs. Parts are requested and tracked through the system, and invoices are sent automatically from the database to the customer, rather than being printed out and posted via Royal Mail. This saves time as well as paper. The days of looking after everything with six whiteboards on the office walls are a fading memory.

“Not only have we been able to drastically reduce paper, printing and postage costs,” says Mark Kenyon, Managing Director for SCS, “but we’ve also saved massive amounts of space. One of the rooms in our office used to be wall to wall with paperwork and filing cabinets. Now we use it as a meeting room.”

Scaling up with SaaS

For many years, SCS used an on-premise version of Tesseract’s software that the company purchased outright and hosted on its own server. A few years ago, SCS upgraded to Tesseract’s Service Centre 5.1 (SC5.1). This is a cloud-based version, hosted in-house by Tesseract and licensed on a subscription basis — better known as software as a service or SaaS.

SCS moved to SaaS for a number of reasons. First was the heavy IT burden that comes with on-premise software. Maintenance, fixes and updates aren’t instant. You either have to handle them yourself, or call your provider to assist you. It meant that SCS’s system didn’t move forwards at the same pace as Tesseract, because time and money sometimes inhibited the company from integrating the latest improvements.

SCS moved to SaaS for a number of reasons. First was the heavy IT burden that comes with on-premise software. Maintenance, fixes and updates aren’t instant. You either have to handle them yourself, or call your provider to assist you

With SaaS, all maintenance, fixes and updates are done in-house by Tesseract and distributed instantaneously to all users. It means that SCS is always up to date. And because all data is backed up centrally too, this saves SCS from having to back up its server in order to keep its data secure.

There’s also less risk with SaaS. Using on-premise software meant that if SCS’s server was damaged somehow, e.g. by fire, then the company wouldn’t be able to operate. Using Tesseract’s SaaS means that if something were to happen now, SCS’s teams could still access the system and work from home.

These benefits combined have allowed SCS to grow much faster than on-premise software allows. Mark Kenyon explains, “Tesseract has been key to our ability to expand our teams and acquire other companies. We purchased a local company in 2015, absorbed another in 2016, and took on staff from a company that had gone into liquidation later that same year — all made simpler and easier by the flexibility and scalability of Tesseract’s SaaS. Things are definitely better in the cloud.”

SCS enjoys far greater visibility with Tesseract. The elimination of paper and centralisation of all its field service data means that everybody can see what’s happened or happening on a job. Service reports, invoices, purchase orders, parts requests and stock movements are all on the system for everyone to access in real time. This makes reporting and responding to customer queries faster, easier and more accurate, and eradicates any data gaps caused by the loss of paperwork.

It’s improved the accuracy of SCS’s invoices, too. Carol Newall, HR and Finance Manager for SCS, says, “In the past, the odd extra 10 minutes might not have been billed, and certain small replacement parts were sometimes missed. Now that the system automatically calculates timings and tracks every part, every opportunity for revenue is captured. Thanks to Tesseract, nothing gets missed.”

A roadmap for the future

SCS hasn’t managed to eliminate all manual processes from its service operation just yet. Quotes are still done manually, and there’s currently no way of checking which quote was accepted, apart from going back into emails and comparing figures. This makes it difficult for SCS to track its margins. As a result, Tesseract’s Quote Centre and Prospect Centre are part of SCS’s roadmap for the future.

Another module SCS will soon seek to implement is Tesseract’s Repair Centre. At first, SCS didn’t think it was needed. But since repairs are managed manually, the lack of visibility is fast becoming an area for improvement in SCS’s otherwise very efficient service chain. SCS is keen to implement Repair Centre so that everyone in the company can track the movements of faulty or damaged parts without having to trawl through the minutiae of a spreadsheet.