ARCHIVE FOR THE ‘ross-townsend’ CATEGORY 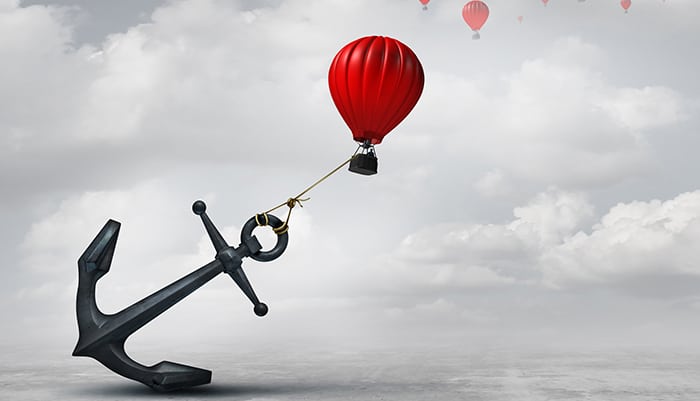 Are your customer’s holding back your flight to advanced services?

Servitization is becoming a huge topic in the field service sector as we see more and more organisations step on a path towards advanced services we must realise that they cannot do it alone, their customers must be prepared to come along on the...

Servitization is becoming a huge topic in the field service sector as we see more and more organisations step on a path towards advanced services we must realise that they cannot do it alone, their customers must be prepared to come along on the ride as well...

Ross Townshend, EMEA Business Manager - Advanced Services & Data for Ishida Europe talks to Kris Oldland and outlines some of the challenges he has faced in building advanced services within his organisation...

The topic of servitization is of course highly complex and for those just starting to explore the area, it can be a daunting prospect to get one's head around. However, Ross Townsend,  Advanced Services Business Manager, Ishida has had been able to get a bit of a head start by not only arriving into an organisation that has already embraced the idea, but that is also working with the Advanced Services Group, headed by Professor Tim Baines, Aston University, one of the leading proponents and thinkers within the servitization movement.

Kris Oldland, Editor-in-Chief, Field Service News caught up with Townshend to find out how he is adapting to a world of servitization some six months into the job…

“Before I joined servitization was something I knew nothing about,” states Townshend as we begin our conversation.

This was one of the key reasons I was so keen to speak with Townshend in the first place.

Pleasant and approachable, Townshend is one of those people that you find it instantly easy to talk to. A very subtle hint of slight West Country burr to his accent adds an earnestness and integrity that could be perhaps lost in the international world of servitization, but for us here in the UK, it is noticeable and adds a natural ease to Townshend’s manner.

Certainly, what comes across even within just a few moments of speaking with him is that he has that key ingredient that all great service people have, he is able to communicate effectively and eloquently within a comfortable use of language that feels all the time natural, relaxed and honest. In my experience people with such a manner, often speak with authority in areas they know well and integrity and humility in areas in which they are slightly less surefooted.

As part of the Advanced Services Group, Ishida and Townshend will be working alongside the like of Prof. Tim Baines and Dr. Ali Bigdeli.In the context of this conversation then it would be interesting to not only hear his thoughts and gain his insights on how Ishida are approaching servitization, but also to understand first hand how daunting it was to leap into this baptism of servitization fire that few elsewhere have had the opportunity to do.

In Ishida, Townshend has arrived in an organisation that has fully embraced servitization, his former colleague Jason Smith is the only man I’ve personally met who has been involved within two separate companies moving to a servitized business model and as part of the Advanced Services Group, Ishida and Townsend will be working alongside the like of Prof. Tim Baines and Dr. Ali Bigdeli.

So whilst he may have to endure a baptism of fire to get him up to speed, he has some heavyweight support to help him get through it.

“When I look at the transformational roadmap that the Advanced Services Group have created, we have this cycle that we are going through exploring it and trying to work through it,” Townshend explains.

However, it has not been plain sailing for Townshend and the team at Ishida to introduce advanced services to their market - and the reluctance of the market itself is something Townshend thinks could be a factor, having arrived from an entirely different vertical that was further along the road in terms of acceptance of servitization and digitalisation.

Whilst that is a separate issue to the conversation around servitization in a way it does add some context to the arena we are working in“I’m not from the food industry most of my work was in automotive having worked with Bosch Rexroth for a number of years with a background in design engineering, product management,” Townshend explains.

“In terms of the digitisation side of things generally, I find the food industry is massively behind and that’s not just in terms of technology but also in terms of mindset to work with technology. Whilst that is a separate issue to the conversation around servitization in a way it does add some context to the arena we are working in. It can be a frustration even just to get the software adopted let alone the advanced services longer term,” he continues.

“In terms of why the business is diversifying into advanced services is another interesting point. I view this as a journey for a manufacturer and then also as a journey for a manufacturer within the food sector. The suggestion would be that we are a long way down the journey but I think we are still packing the car up at the moment – we haven’t even actually started on the actual journey yet.”

“A part of that is the fact that we are in the food sector, where the adoption of technology is somewhat lagging behind where it is in other sectors.”

“Also the food sector is the largest, it's highly profitable and its growing. We are growing double digit year on year so why would we diversify?”

Of course, the food sector is one which by the very nature of the products it generates will always remain transactional. There isn’t a service contract that can be sold on a packet of oven chips. You buy them, you eat them, then you buy some more.

I wonder if the fact that Ishida’s customers themselves will always have that transactional relationship with their customers is in part responsible for creating a mindset that is hard to overcome in terms of raising conversations around outcome-based contracts?

“I think it is,” Townshend concurs.

"They have five or six pieces of machinery in a line so we can really add some value there and take ownership of that process and work towards what we would ultimately be our vision of a servitized contract which internally we are terming pay-per-pack, which is the holy grail for us in terms of advanced services to achieve this pay per pack model. Securing a pilot has been very difficult.”

“We had a large manufacturer of salad that we were speaking to and they showed interest. We had a meeting with them and their senior directors and they could certainly see the mileage but as it is in the case of lots of businesses they are too busy to be able to really think about it and they don’t really need it at the moment.”

This is an interesting point here.

In the case of Rolls Royce’s power by the hour there was a strong customer pull from American Airlines. In the case of MAN UK there was a huge backdrop of hauliers and logistics firms struggling to make a profit.

Perhaps the burning platform factor is a necessary element in the equation for creating an environment in which an approach to business that steps as far away from the traditional path as servitization does. It is perhaps far less easy to be a driving innovative force in an industry that is profitable and ticking along nicely.

As the old adage goes if it ain't broke…

“In our industry and with our customers, at best there may be one significant chunk of a production line which is our equipment. If they are a major manufacturer they will certainly have other lines that are our competitors' machines or they will have a line with six different manufacturers equipment in them so certainly whatever we do needs to be scalable, unless we go in and basically say 'we will provide you with all the equipment for your factory'. Unless your in the lucky position to be on a greenfield site where you're in the right place at the right time that is very difficult to achieve.”

“A big dairy producer approached us within the last six months and they were looking for a supplier that could take on all of their quality control equipment, on every site across Europe. They were looking for one supplier to look after everybody's equipment service maintenance in the full acceptance that that is a very difficult job and while you're going through that period of changing out equipment it is going to be a difficult thing to manage.”

“But it is interesting that they were asking that and the reason they were doing so was that they didn’t want the hassle. Clearly they of course also wanted a good price but they accepted that this removal of the hassle came at a premium. Also financially to them, it would be more visible on their books versus the huge maintenance and hidden costs that they would have to deal with on a daily basis.”

“And they were going to several suppliers and there was a huge team of people set up to go and find the right supplier for this so they took this very seriously - it wasn’t just one person’s crusade.”

“This organisation is clearly looking to remove the headache of maintenance for them and the next logical step along that path would be some form of advanced services contract where maybe you go in there and say, yes, we can take on the entirety of your maintenance contracts and we can take all of our competitors machines out and put ours in but it will be on a cost per usage basis. It’s a big leap forward but it certainly follows that path."

However, until that one customer makes the leap that pulls the entire industry forward it is perhaps a wiser move to bring customers with you on the journey in a more incremental manner.

This is certainly how Townshend is approaching the task…

“The direction I am taking with the business is to start to bundle in certain value added functions and features to start to drive some customer pull and start at a lower level than pay-per-pack just to get the appetite there. I used the term holy grail and the problem is it is just that it is just too far away for our customers to grab. They get it and they go wow that’s good but they have no idea about how to move forwards to implement it.”

The move to advanced services needs to be a symbiotic relationship, it needs to be something that you go to your clients with and they come with you on the journey. Whoever leads that journey whether it be a customer pull or a client push you both need to be going on that journey at the same time.