ARCHIVE FOR THE ‘malware’ CATEGORY 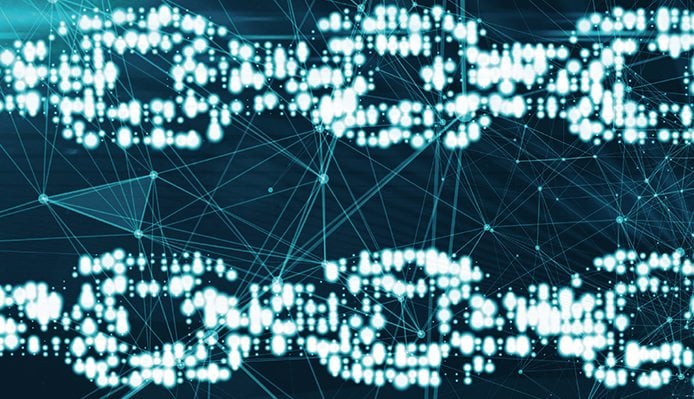 Will Blockchain play an important role in the future of service delivery?

Blockchain, the technology developed to enable the crypto-currency Bitcoin has become the latest big buzz phrase technology across industries worldwide, but is it just hyperbole or can it be an important factor in the future of field service?

Blockchain, the technology developed to enable the crypto-currency Bitcoin has become the latest big buzz phrase technology across industries worldwide, but is it just hyperbole or can it be an important factor in the future of field service?

Business across the world are turning their attention to BlockChain right now and in the majority of cases, the main focus of this attention is centred around Bitcoin, the first globally recognized digital (crypto) currency that has hit the headlines largely for huge spikes and dips in its value across the last 12 months.

However, whilst Crypto-Currency is the most widely understood application of Blockchain technology, there may be a number of other applications which could be far more important to how the field service sector operates.

So for the uninitiated lets first get our heads around exactly what BlockChain is...

To begin a blockchain is a continuously growing list of records, called blocks, which are linked and secured using encrypted codes. Essentially, each block will typically contain a cryptographic hash of the previous block, alongside a time stamp and the transaction data.

When used as a distributed ledger, a blockchain is generally managed by a peer-to-peer network which adheres to the same protocols for validating new blocks collectively. What this means is that in practice, once the data is within in any given block it can not be altered retroactively without the alteration of all subsequent blocks. The particularly clever part here is that as each peer within the chain is working as part of the collective, such a change requires the collusion of a majority from the network - this makes pulling a fast one anywhere along the line pretty much near impossible.

For the more technically minded amongst us, one could suggest quite rightly that the establishment of blockchain has meant that decentralized consensus has become realized, with blockchain ‘exemplifying a distributed computing system with high Byzantine fault tolerance’

For those of us who are perhaps more interested in the outcomes, however, essentially what we need to know is that due to the way they have been designed they are highly suitable for the recording of information that needs watertight security - such as medical records and of course financial transactions - which is where it all began.

Whilst Blockchain is rapidly gaining attention, it is the crypto-currency that it was created for use with, Bitcoins, even more widely recognized within the mainstream.

Blockchain was invented by wonderfully mysterious Satoshi Nakamoto back in 2008 as Bitcoin’s public transaction ledger.

Indeed it was the invention of the blockchain that allowed bitcoin to become the first digital currency to solve what is known as the ‘double spending problem’, without the need of a trusted authority or central server - essentially making crypto-currency viable.

So it’s just a new way of taking payment?

Well no, as we alluded to at the top there could be a lot more to how Blockchain plays a role in field service which we’ll go into shortly - but whilst we are at it there is certainly a case for adding crypto-currencies to the list of how your organisation receives payment for the services delivered - especially if you are serving the consumer directly.

Certainly whilst crypto-currency is by no means a mainstream payment method as yet, an increasing number of businesses are starting to accept it and with a lower barrier to entry than accepting plastic, any business in any industry has the ability to adopt crypto-currencies.

But what are the benefits of accepting cryptocurrencies such as Bitcoin for a business?

There are plenty of positives in doing so but some key reasons cited in an article on business.com include:

Fixing the holes in the Internet of Things

However, as mentioned above, within the field service sector Blockchain has a huge amount more potential than just facilitating an additional means of receiving payment.

Firstly, there is its potential application within the Internet of Things - which is set to become the fundamental backbone of service delivery in the future - although widespread mass adoption is still arguably held back due to security concerns, a very real example of which being realized back in October 2016 when an unprecedented distributed denial of service (DDoS) attack involving an estimated 100,000 compromised devices in the Mirai malware botnet nearly brought the Internet to its knees in 2016 provided a clear indicator of the precarious state of IoT security.

The root of such weaknesses lies essentially within the security architecture of the IoT itself.

IoT architecture relies upon a distributed client-server model which uses a central authority to manage both the IoT devices as well as the data generated across an IoT network.

For IoT data to be trusted, all trust requests are aggregated into a single location which creates a sole point of security intelligence that can compromise IoT security. This is how Mirai-style botnet attacks can succeed.

Basically, during such an attack, IoT devices are unable to adapt their behaviour because they are not considered “smart” enough to make security decisions without the help of the central authority.

In an interview with computerweekly.com Joseph Pindar, Director for Strategy in the CTO office at Gemalto, and co-founder of the Trusted IoT Alliance, a non-profit group that advocates the use of blockchain to secure IoT ecosystem outlined why he believes Blockchain could hold the answer to true IoT security.

Pindar explained how blockchain removes the single point of decision-making that leads to failure, by enabling device networks to protect themselves in other ways, such as allowing devices to form group consensus about what is normal within a given network, and to quarantine any nodes that behave unusually.

In blockchain, data is automatically stored in many locations and is always accessible to users.

For auditability and accountability, a private, permission-based blockchain is used – where all users are authorized to access the network – and because all data stored on the blockchain is signed, each device is accountable for its actions.

With regards to integrity, blockchain is as we’ve outlined above a public ledger of data entries.

With every entry, deletion or correction of data being confirmed across the network across a fully verifiable complete chain of events.

Further to this, there is also another perhaps less obvious but equally important benefit of utilizing Blockchain within IoT systems which Pinder raises.

There is a fairly widespread mindset amongst IT executive management regarding securing the industrial Internet which is that once a sensor, device or controller has been deployed and is working, it cannot be touched.

“Even if there is a known security vulnerability, it is not worth fixing it, because there is a chance that the security patch would cause problems elsewhere in the system that no one knows how to fix,” explained Pindar when speaking to Computer Weekly’s Aaron Tan “But as cloud computing has demonstrated, there are continual failures of devices and systems when operating at very large scale.”

“Simply put, it is not possible to manage large-scale systems that are fragile and not resilient to failure – as is the case with many current industrial IoT and OT systems.”

And the solution to this which Pindar recommends is to allow continuous deployment of software updates, alongside blockchain technology after devices have been deployed, with little or no downtime through an over-the-air update system - something he believes delivers both cost and operational efficiency when delivering over-the-air updates and patching to IoT devices and sensors.

With the IoT becoming more and more prevalent amongst field service organizations, the suggestions Pindar makes regarding the application of Blockchain in such systems should indeed be an important consideration for field service organisations as they establish their IoT processes.

The final piece of the 3D printing puzzle?

However, there could be yet another important place for blockchain within the field service sector, it could just be the missing piece of the puzzle in resolving one of the biggest challenges within our sector, namely managing the spare parts supply chain.

3D printing has for a long time been touted as a potential solution to getting parts needed to engineers as soon as possible, but one potential hurdle has always been how organisations control the licensing of the spare parts to ensure that firstly if the customer has 3D printing capability on-site - which has been one suggested use case, how can the provider ensure they don’t simply print off as many parts as needed once they have initially received the schematics file.

Similarly, by sending the parts data across in a digital file, the potential for such a file to make its way into the hands of unscrupulous third parties happy to make unauthorized parts for sale elsewhere is also a cause for concern for many organizations. Frankly, the risk to their IP and the significant loss of revenue this could lead has meant that many OEMs still view 3D printing with a distinct lack of trust.

However, could Blockchain perhaps hold the solution to such fears?

This certainly seems to be the thinking behind one Italian startup called 3D-TOKEN, which aims to integrate Blockchain and 3D printing technologies, in order to create a “unique, decentralized, global Just-In-Time Factory 4.0 for this century’s digital revolution.”

If successful it could certainly set a precedent for how Blockchain and 3D printing could work in harmonyAside from cramming as many manufacturing buzz phrases into their mission statement as possible, it seems it is certainly a concept that could have a potentially huge impact on service organizations within OEMs.

The project will be used to bring just-in-time small-to-medium scale digital manufacturing to a new level.

Coin Telegraph described the startup as being capable of “accelerating the 3D printing market to its full potential” by changing up industry norms on product cost and time to market.

Whilst this project is still very much in its infancy, they have made impressive progress to date and although the focus on desktop 3D printers would suggest a consumer-centric approach initially as opposed to something suited for industry, if successful it could certainly set a precedent for how Blockchain and 3D printing could work in harmony, and the concept should at the very least give many OEMs food for thought as to how they could harness the potential of 3D printing. Especially as a means of bypassing much of the often highly complex service supply chain.