ARCHIVE FOR THE ‘jlt’ CATEGORY 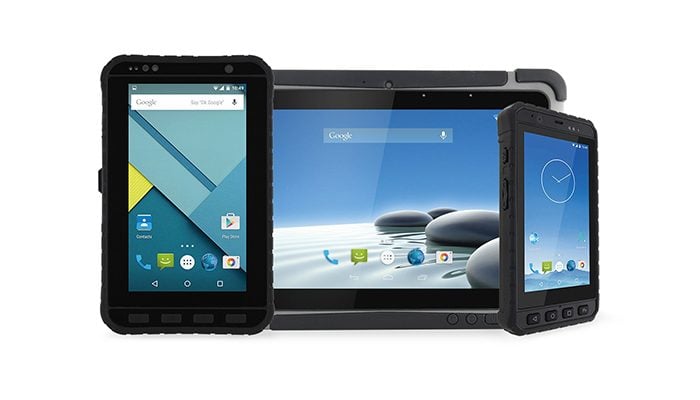 JLT Mobile Computers, a leading developer and manufacturer of reliable computers for demanding environments, sees an increasing demand for Android within many of its core segments, including warehouse logistics, transportation, ports, mining and...

JLT Mobile Computers, a leading developer and manufacturer of reliable computers for demanding environments, sees an increasing demand for Android within many of its core segments, including warehouse logistics, transportation, ports, mining and agriculture markets.

Being by far the most common mobile operating system for smartphones and other consumer devices, Android, with its familiarity, ease-of-use and flexibility is now growing in popularity also in the enterprise and vertical market space.

“No doubt, there is a lot of interest in Android on mobile devices for professional use within our core markets,” observes Per Holmberg, CEO of JLT Mobile Computers. “By providing Android alternatives for our vehicle-mount computers and now also our portable computers, we help customers save on cost and training, and simplify maintenance by running the same OS on all devices deployed in their operation.”

The three new products are the 5-inch MH1005A™ rugged handheld, the 7-inch MT1007A™ rugged tablet, and the 10.1-inch MT2010A™ rugged tablet. All are IP65 dustproof and water resistant, capable of operating in temperatures of -10 to +50°C (14 to +122°F), built to withstand even the most challenging working environments, and tested to applicable MIL-STD-810G requirements.

The new rugged tablet and handheld units, which are available for immediate order, are offered with the same high level of support and services that JLT is renowned for. A wide range of accessories is available, including vehicle and desktop docks, high-capacity batteries, battery chargers, and hand and shoulder straps.

Contact JLT Mobile Computers today for more information about the new Android-based rugged handheld and tablets, or visit www.jltmobile.com to learn more about JLT, its products and solutions. 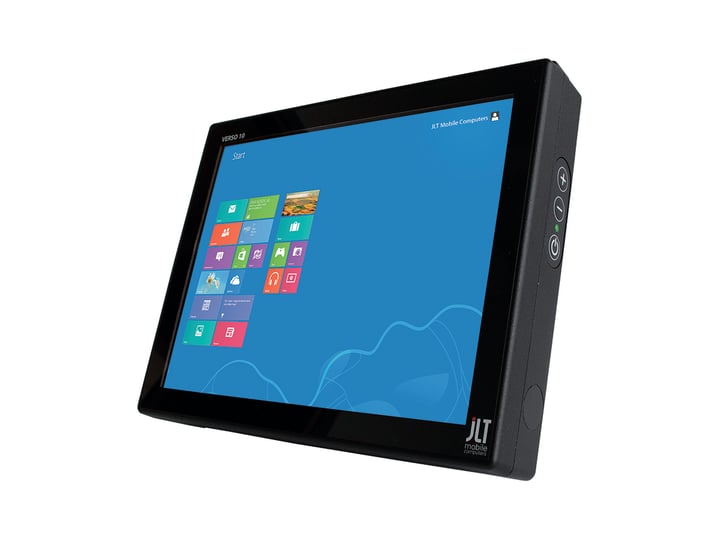 JLT introduce the smallest member of the VERSO family

JLT Mobile Computers, developer of rugged computers for demanding environments, has recently launched the VERSO+ 10 computer with QuickLock, which they have dubbed as a 'new class of rugged vehicle terminals...'

JLT Mobile Computers, developer of rugged computers for demanding environments, has recently launched the VERSO+ 10 computer with QuickLock, which they have dubbed as a 'new class of rugged vehicle terminals...'

Equipped with an Intel® Core™ i5 processor, the VERSO+ 10 computer offers strong performance in one of the industry’s smallest rugged form factors, making it a good choice for installations in tight cabins or other small areas. The QuickLock feature offers quick and easy mounting with the computer easily detached and attached in the vehicle to simplify service, being moved between vehicles or prevent theft by removing it at the end of the working day.

The new devices have a 10 inch sunlight readable XGA display and scratch resistant multi-point touch screen placing the VERSO+ 10 computer in the same family of heavy-duty JLT VERSO series that also includes 12 inch and 15 inch computers. JLT claim this youngest sibling will also provide the same high reliability as the rest of the series when used within very tough environments such as agriculture, ports, freezer storage, yard-logistics, and forestry

The VERSO series only launched in the first quarter of 2013 but has grown quickly and JLT have attracted customers from around the world with high demand for performance, ruggedness and reliability. With the new VERSO+ 10 computer, with QuickLock feature and a smaller form factor, customers now have a more flexible and compact alternative, but with the same performance and ruggedness.

As with all JLT computers, the VERSO+ 10 computer is built from the ground up to deliver maximum reliability and function in very demanding environments. It comes with an Intel Core processor or an Intel dual-core Atom D2550 processor. Built-in features include a 9-36 VDC power supply, a backup battery to ensure uninterrupted operation during power drops, WLAN communication with built-in highly sensitive PIFA antennas, custom-made for reliable Wi-Fi connectivity in environments with poor coverage.

New with the VERSO+ 10 computer are Bluetooth PIFA antennas with a resulting reliable communication with low-power hand carried peripherals, and the option of external antennas for both WLAN and Bluetooth for very demanding environments such as ports and other wide areas. The VERSO+ 10 can also be equipped with 3G WWAN communication. The VERSO+ 10 computer can be ordered with Windows 7 Pro or Windows Embedded Standard 7, Windows 8.1 and Windows Embedded 8 Standard operating systems.

“With the new VERSO+ 10 computer, we build on the success of the VERSO series of heavy-duty vehicle computers that, since its launch in January last year, is being selected by customers within mining, sawing mills, off-shore, ports and other demanding applications,” said Per Holmberg, CEO at JLT. “With the VERSO+ 10 computer, we reinforce our leading position within the high-end of the market by providing the smallest form factor and greater flexibility with the same high performance.”

Another key draw for companies is the JLT:Care Service Level Agreement. With this ”No-Questions-Asked” service added, customers are guaranteed a high support level and short repair times to maximise the up-time of the computer at predictable cost, an important benefit.

The VERSO+ 10 computer is available now with a dual-core Intel Atom processor D2550 and can be ordered from JLT Sales Partners. The Core processor option will start shipping in the second half of 2014.