ARCHIVE FOR THE ‘hanken-school-of-economics’ CATEGORY 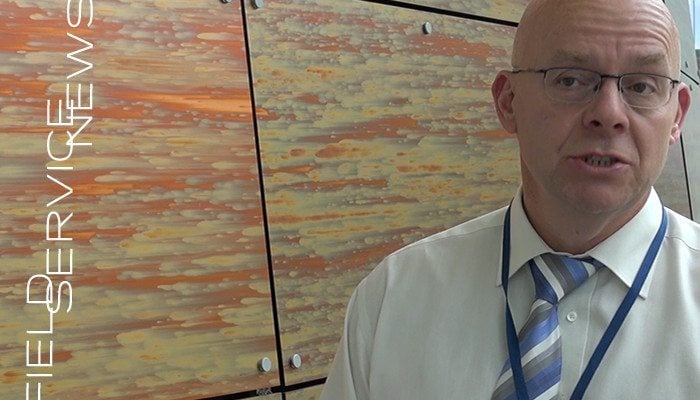 “I think a lot of the fundamentals are the same in terms of business logic” Kowalkowski explained “but the problem with some of the business model concepts in general is that two key components are missing. One is culture and how to foster a service culture; that’s often much harder than just acquiring the necessary resources.”

“The other one would be leadership and how to really drive this because it is a change management process. How to motivate the employees at all levels within the organisation to form a strong coalition and to be able to show short term gain on this journey – because it’s a long journey” he added.

One of the interesting concepts Kowalkowski raised in his own presentation was that of ‘reverse servitization’ where some companies are offering advanced services and complex solutions, which they have been offering for many years, or even in some cases decades.

There are many companies that are operating on a business model very close to that of servitization without necessarily having ever planned to do so...

For these companies Kowalkowski asserts, the main challenge is not to come up with new complex solutions but rather to scale down those service initiatives, unbundling them and recombining service elements and providing  them in a more efficient and standardised manner.

Indeed Kowalkowski believes there are many companies that are operating on a business model very close to that of servitization without necessarily having ever planned to do so, who arrived there simply through adopting a highly customer centric business outlook.

Indeed,  one very high profile company in attendance at the conference had done just that: Air France KLM are the oldest and second largest airline in the world.  Harman Lanser who heads up the product development and logistics division within the airline's maintenance and engineering division was another of the keynote speakers at the event.  During his presentation he outlined how he realised that the organisation was actually operating on a very similar system to servitization.

“Last year I was at a presentation where Tim Baines showed me the concept of servitization and I realised we were doing something similar to that, not knowing how close it was.  I have been going through the process of moving from component availability to total aircraft care to an integrated service support for the airline KLM.  Now I am exploring if this is something we can offer to customers”

“Doing it for the airline you work for is one thing doing it for an airline where you only do the service for, where your not responsible for the end product of the airline is different. What does it take to be able to give a completely integrated services product to a third party customer?"he asked.  “The trust you need, the reliability you need and the dependency you create between the companies.”

And herein lies perhaps one of the biggest keys to unlocking a successful servitization model. It is fundamental that there is trust built up over many years of good relationships with customers to get their understanding and buy-in of how and why you are proposing to move to an outcome-based business model.

Trust: one of the biggest keys to unlocking a successful servitization model...

“For these kind of services, you need at least ten years of working together, I would say,” confirmed Lanser “

Technology is an enabler

In addition to strong customer relationships, and the culture and leadership that Kowalkowski referred to, the other key enabler discussed at length during the conference was the technology.

Indeed, Kowalkowski believes that technology is the final key enabler that is allowing such companies to now make the final transition into being a fully servitized businesses.  “You can find academic papers that go back 90 years that talk about selling transportation instead of cars, selling mileage instead of tyres but back then you didn’t have the technology,” he explained. “Today with all the digitalisation you can do so many new things. Technology really is the key enabler”

With so many layers to discuss and in depth explorations of what is a truly exciting area, one that will of course have huge implications for the delivery of field service the more the movement gains pace, the Aston Spring Servitzation Conference proved to be an engaging two days for this vibrant global community.

"One of the things we’ve tried to do and have managed to do successfully is to try and keep the whole community together as we go through some forty presentations and to do that in one room over two days has been a very demanding thing to do but it’s been the right thing to do because we, as a community, debated these concepts”

“I’m delighted that we’ve demonstrated that we are moving forward in this space so overall it’s been a great two days, it’s been an exhausting two days but it’s been really worthwhile and next year…. we’re going to do it all again.”