ARCHIVE FOR THE ‘electric-vehicles’ CATEGORY 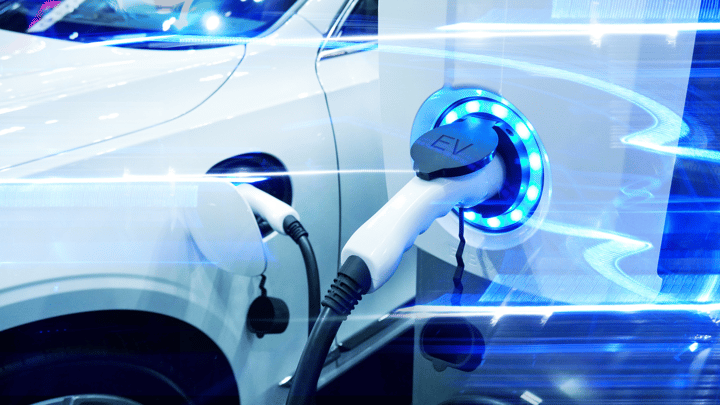 This trial aims to explore the safe introduction of self-driving autonomous electric vehicles in complex urban areas with a view to optimising route planning and traffic.

The trial will be conducted in Royal Djurgården, one of the country's most popular tourist destinations, from 24 September to 8 October 2020. The autonomous minibus, which will drive along a 1.6 km route, will serve the National Museum of Science and Technology, the Maritime Museum, the Nordic Museum and Vasa Museum.

To mark the launch, an inauguration ceremony took place in Djurgården, attended by Prince Daniel, Duke of Västergötland, Anders Ygeman, the Swedish Minister for Energy and Digital Development, Kristoffer Tamsons, Regional Minister for Transport of the Stockholm Region and Chairman of Stockholm Public Transport, Daniel Helldén, Deputy Mayor of the Traffic Division in Stockholm, and Bernard Tabary, CEO International at Keolis Group.

"Since the launch of the world’s first driverless metro in Lille (France) in 1983, Keolis has been drawing on its expertise as a pioneer in autonomous mobility to make shared mobility smarter, more connected and more sustainable. This ground-breaking trial in collaboration with our key partners constitutes another important step forward," says Bernard Tabary, CEO International at Keolis. "We’re pleased to be conducting this trial in Sweden, where we already have a strong presence through our subsidiary Keolis Sverige and carry 730,000 passengers per day."

The pilot project at Djurgården explores how a system with 5G-connected vehicles, which are monitored by a control tower remotely, can facilitate the safe introduction of self-driving electric buses in more complex and demanding urban areas. Benefits of such a system include improved route planning and traffic flows, reduced operational costs and pollution and a more reliable, accessible form of public transport for passengers.

The unique technical features of the 5G network, including extremely high data speeds combined with low latency, mean that the connected buses can respond in real time to commands from the centralised control tower. This is a prerequisite for the safe remote control of vehicles and an important step in moving the driver from the bus into the control tower.

Keolis and Ericsson, which provides the technology for the connected control tower, initiated the project following demonstrations of remote control 5G vehicles in 2019 at the UITP exhibition in Stockholm and at the RNTP exhibition in Nantes.

Telia is providing 5G connectivity in collaboration with Ericsson. Intel is delivering processing power to both the IT system in the vehicles and the control tower, as well as the mobile network. The vehicle, which is equipped with self-driving technology, is provided by the Swedish technology firm T-engineering. It features seven seats and will drive at a maximum speed of 18km/h.

Commercial services run from Monday to Friday, between 8 am and 10 am and 2 pm and 4 pm, and feature a safety driver present in the vehicle at all times. The trial ends on 8 October and will be continued in Kista Science City. The aim of this trail will be to pilot the vehicle from a control tower without an operator on board. In parallel with the Swedish trial, Keolis is testing fully autonomous vehicles at a site closed to traffic in Châteauroux in France. 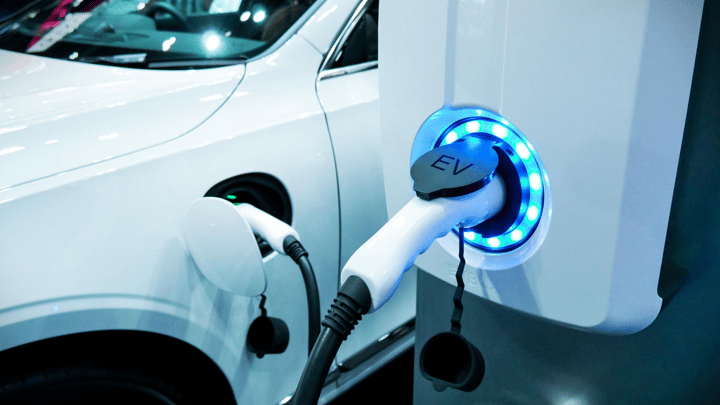 Webfleet Solutions, Europe’s leading telematics provider, has enhanced its offering with new features that give fleet managers remote insights into their electric and hybrid vehicles.

Webfleet Solutions, Europe’s leading telematics provider, has enhanced its offering with new features that give fleet managers remote insights into their electric and hybrid vehicles. The EV management tools are part of the new release of WEBFLEET version 3.10 and are available for over 50,000 Webfleet Solutions customers across 60 countries.

“With the electric vehicle management tools, we are helping our customers to adapt to EV operations and maximising their cost-saving potentials,” said Beverley Wise, Sales Director UK & Ireland of Webfleet Solutions.

With the EV features in WEBFLEET, fleet managers can:

A fleet manager can use the remaining driving distance, for example, when planning a sequence of orders or choosing a vehicle for a job. “By knowing exactly how much charge a vehicle has and how far it needs to travel, fleet managers can avoid higher charging costs during peak time or waiting in line for charging,” explained Wise.

“Adding EV features in our fleet management software is only a first step,” Wise emphasises. “In the course of this year we will – with the feedback of our strong global customer base – further develop our EV management tools. Our goal is to use our vast experience and proven expertise in telematics to help fleets get the most benefit out of the needed transformation”.

The electric vehicle tools are part of the newest WEBFLEET release and are available to all customers worldwide. In addition, the new version also offers enhanced features to help fleet managers in their day-to-day business, including a new road type usage report. The report gives insights into how a selected vehicle was used with the distance driven per road type and can help to decide for the best tyre types for respective vehicles. 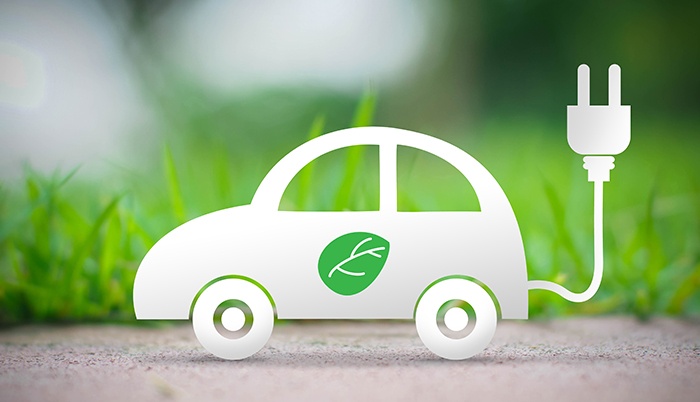 The challenges and benefits of Electric Vehicles

When compared to traditional combustion engine vehicles, Electric Vehicles (EVs) can go a long way to reducing the overall costs for any fleet. Mark McKenna, National Sales Manager at Bluedrop Services Motor Fleet Insurance Brokers, suggests that once considering the whole life costs of an EV, investing in such a fleet makes sense.

However, there is always the initial hurdle of the upfront cost to a business. If you have the capital to hand you can make the numbers work, but for most companies it is hard to justify the initial outlay.

Perceptions of EVs running out of charge

One of the other issues around the adoption of EVs is the perceived idea that the vehicles won’t have enough stored power to last for a full day of business driving requirements. Many businesses also perceive that they require more mileage out of the vehicle than they would use in a day.

With the range of use on Electric Vehicles constantly increasing, unfortunately the anxiety around not having enough charge is not seeming to shift. The fact is that mileage range of an EV often fits nicely into the journeys actually being travelled by a fleet, but the mentality surrounding this issue is not changing.

Over time charging time will decrease

Soon however, charging will be so quick that this perception will no longer be a problem. It is all about changing mindsets and educating as well as allowing businesses to test the use of EVs so they can offset their fears. Those medium sized fleets that on the majority conduct shorter journeys would find EVs hugely beneficial, experiencing significant savings.

Taxes, grants and congestion charges also offer a good sound argument for investing in EVs. The Government have introduced several incentives, making both electric and plug-in vehicles more attractive to both consumers and fleets.

These include low or zero road tax and the exemption from the London Congestion Charge, as well as the suggestion of a national scrappage scheme. Other countries, such as Norway are also offering strong subsidies for EVs, no VAT, free parking and allowing drivers to utilise bus lanes.

London has also recently introduced the Air Quality Business Fund to help companies adopt EVs. This is where businesses can apply for a share of £1 million to help deploy electric cars and charging points to reduce pollution in the capital. The fund itself aims to create five business low emission neighbourhoods. The winners of the fund will be able to use £200,000 to encourage inhabitant to walk, cycle or use public transport, as well as installing EV charging points.

Forward thinking firms as a result are giving careful consideration to the opportunities offered by EVs and are starting to weigh up the pros and cons of their investment. The savings in terms of tax breaks and grants, in addition to fuel cost savings are making a compelling business case.

The electrical charging infrastructure has long been something of concern in consideration to adopting EVs, however the Queen’s speech which followed the State Opening of Parliament set out the priorities of Government to include improving the national charging and hydrogen refuelling infrastructure.

The legislation will allow the government to require the installation of charge points for electric vehicles at motorway services and petrol stations. Such legislation is essential for making charging faster, cheaper and easier for businesses, helping to accelerate the adoption of EVs and discourage negative concerns.

But will electricity supply cause future issues?

It has also been considered that the rising uptake of Electric Vehicles itself may even start to form one of the challenges against them.

When you consider the fact that more and more requirements on the grid for electricity may cause significant shortages of supply, one solution could be the installation of off-grid power solutions such as PV or wind turbines to deal with the increasing demand on the energy infrastructure.

As the demand for Electric Vehicles continues to grow the impact on energy supplies and the transport infrastructure to meet future needs will be tested.

Whilst there are many challenges surrounding the uptake of EVs the opportunities continue to outweigh them with significant savings to business as well as going a long way towards meeting air quality requirements.