ARCHIVE FOR THE ‘co-tap’ CATEGORY 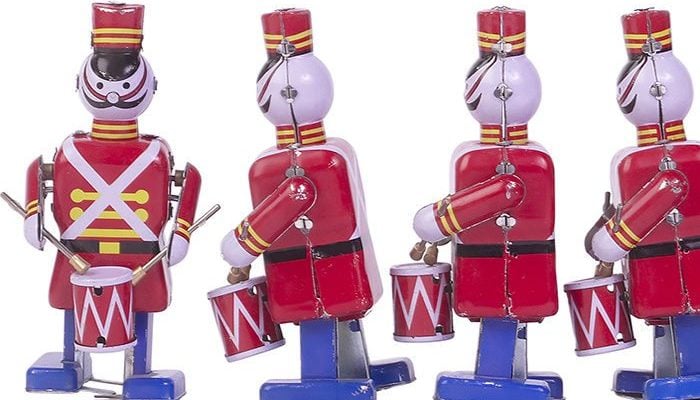 As the field service conference season enters full swing there have been plenty of solution providers banging the drum of late...

Indeed, the list of field service solution providers at Field Service USA held in Palm Springs a month ago was a certifiable who’s who of the industry, and alongside what was a truly fantastic three days of education, there were a number of big announcements from some of the industry’s key players.

Then there were the new kids on the block such as Help Lightning, whose ‘mobile merged reality’ solution we’ve championed in Field Service News previously as a great use of an emerging technology that could have a truly disruptive impact on the industry.

Another honourable mention should also go to Co-Tap whose collaboration tool is perfectly set to help empower knowledge sharing and intra-engineer collaboration, a perfect tool for the emerging millennial workforce.

Not to be out done by their software counterparts, there has been plenty of innovation coming from the hardware side of the industry of late as well.

Getac have announced the launch of the next-gen S400, a fully rugged laptop that has the footprint of a regular business notebook, whilst the Toughbook 20 (which Field Service News first reported as being in development back in March last year) is the world’s first fully rugged detachable and has been picking up some very positive comments since it became available at the beginning of the year.

“We can’t talk about new developments from solution providers with out mentioning Microsoft who have arrived firmly back within the field service sector with all the swagger of the Rolling Stones announcing yet another world tour...”

Another impressive looking piece of kit is Gen2Wave’s RP1600 which I got my hands on this month. The RP1600 sits in the relative embryonic niche between rugged smartphone and handheld computer - a form factor that I can certainly see evolving rapidly. You can find my review of the RP1600 on page 36.

And if new technology launches are the drums being banged, then it is also important to note that there have been a number of new band leaders coming to the fore lately too.

Perhaps the highest profile of these is the new CEO at industry stalwarts ClickSoftware. Following the sale of the company to Californian private equity firm Francisco Partners, Tom Heiser has been appointed and in his own words one of his first tasks is to start ‘banging the drum’ a bit more about the innovations his R&D team are developing.

Another new CEO on the block is Chris Proctor of OneServe who has had a meteoric rise through the Exeter based company within the last year. Proctor also sees the need to raise the bar in terms of shouting about the Exeter based companies successes, and is not afraid to call out his competitors (as he did back in Field Service News back in November last year).

In this issue we’ve exclusive interviews with both Proctor (page 18) and Heiser (page 40) as well as another new face to field service Rei Kasai who recently joined ServiceMax from SAP and spoke to us about what exactly Service Performance Metrics means (page 32).

Of course, we can’t talk about new developments from solution providers with out mentioning Microsoft who with their purchase of FieldOne and it’s subsequent recent re-brand to Field Service have arrived firmly back within the field service sector with all the swagger of the Rolling Stones announcing a new world tour.

Like the Rolling Stones, Microsoft having been around seemingly forever, yet they still have it in them to mix it with the very best. By incorporating FieldOne into their wider Dynamics platform, the software giant have put together a very attractive solution and I spoke to Carsten Groth about Microsoft’s plans for Field Service which you can read on page 50.

With so much development and innovation in the sector it is truly an exciting time, and such fierce competition amongst field service solution providers is not only indicative of the growing importance of service within industry, but also can only be a good thing for practitioners when it comes to finding the right solution for them.