ARCHIVE FOR THE ‘catering-and-hospitality’ CATEGORY 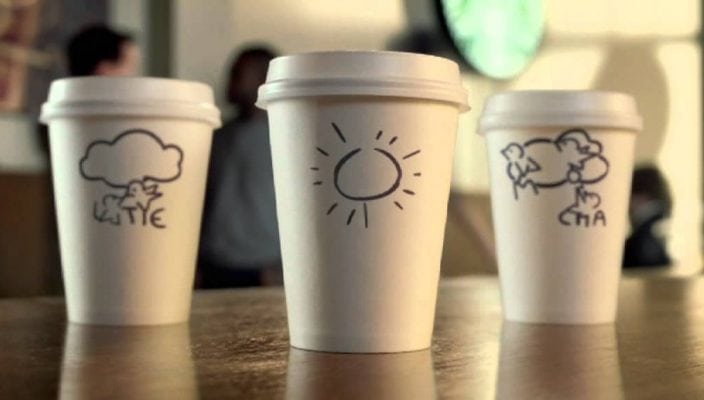 The company provides a market leading Total Coffee Solution to some of the industry’s leading foodservice, hospitality and retail companies including restaurants, pubs, QSR, contract caterers and grocery multiples.

In the UK, a team of more than 160 specialist coffee engineers, use smart-tech to look after all aspects of commercial coffee machine care; from full-service maintenance to reactive callouts.  UCC Coffee’s customers rely on the company both for exceptional coffee quality, consistency and to ensure their equipment is always available; any downtime must be resolved in the fastest possible time.

The service request lifecycle is streamlined from start to resolution; providing complete visibility and a full audit trail of customers’ equipment, service history, stock consumption and engineers performance. Uniquely, once a service call is scheduled for a European location all job information is automatically translated to the engineer’s local language.

Schedules are optimised to real-time, providing planners with a visual view of the status of jobs as the day progresses.  They can see at a glance when service calls are completed quicker than expected and can add additional calls to an engineer’s day.  Equally, if jobs overrun, work can be reallocated to other engineers, ensuring customer service levels are met and service efficiency is maximised.

Intelligent workflow translation automatically moves jobs designated for engineers in European locations to the relevant language workflow with job details, job sheets and related forms presented to engineers in their local language; streamlining and standardising service delivery.
Information and costs applied to the job, including usage of parts and engineers’ time on site, is automatically translated back to English and passed to the UK workflow and billing system for invoicing.
Customers of UCC Coffee can also submit service requests directly into UCC Coffee’s work queue, via a portal; giving the customer unparalleled visibility and control and increasing the efficiency of the service supply chain.  A true example of a service ecosystem and partnerships powered by technology. 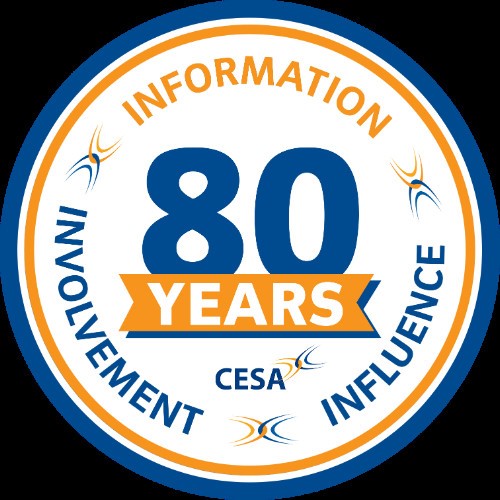 Asolvi, the service management software for Small and Medium Enterprises has announced its membership of the Catering Equipment Suppliers' Association (CESA). As an affiliate of the UK's largest catering equipment trade association, Asolvi will benefit from CESA's information and management resources.

Established 80 years ago, CESA itself is a member of The European Federation of Catering Equipment Manufacturers and has strategic links with UK Government and the British Standards Institution.

Asolvi will join longstanding CESA members Welbilt and Meiko, both of whom are also clients of the service management software company.

Mike Rand, Asolvi's Client Service's Manager, said joining the association would bring the firm an array of advantages. "We're delighted to be accepted as an associate member of CESA," he explained. "The kitchens and catering sector is an important market for us and we're looking forward to utilising the knowledge that the group offers."

You can read an Asolvi case study on their work with Meiko here. 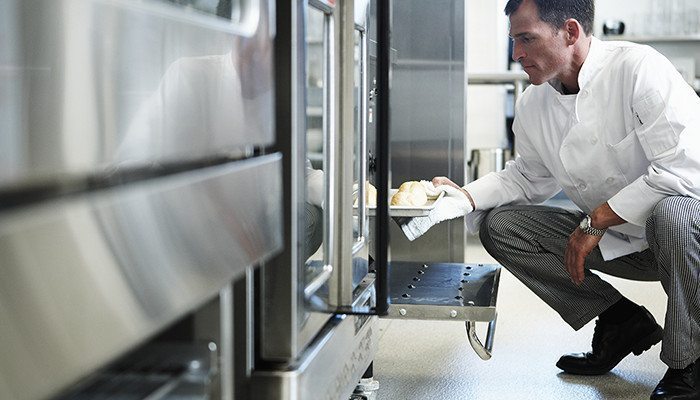 For nearly 40 years, Servequip have been in the business of supplying and maintaining foodservice equipment, with customers ranging from Prezzo and Frankie & Benny’s to celebrity chefs like Gordon Ramsay. Two years ago, they decided to improve...

For nearly 40 years, Servequip have been in the business of supplying and maintaining foodservice equipment, with customers ranging from Prezzo and Frankie & Benny’s to celebrity chefs like Gordon Ramsay. Two years ago, they decided to improve their systems by incorporating Tesseract’s service management software.

Servequip have their fingers firmly on the pulse of the foodservice equipment industry. While they don’t actually manufacture the equipment, their parent company Jestic exclusively imports selected brands from Europe and the US and sells it to catering establishments within the UK. For example, Jestic exclusively sells Henny Penny cooking equipment to KFC. Servequip are then responsible for maintaining the equipment during the warranty period, although high customer satisfaction means they are often called upon to continue maintaining it post-expiry of the warranty.

Servequip’s impressive first-time fix rate, currently at 88%, demonstrates how it important it is for them to be backed by an efficient service management system.

The maintenance work undertaken by Servequip involves a team of over 30 engineers working all over the UK. Given that most of the equipment maintained by Servequip is premium, energy-saving and highly technical, these engineers have to be proficiently trained and factory approved. They can be called upon to deal with a variety of cooking equipment issues.

Servequip’s impressive first-time fix rate, currently at 88%, demonstrates how it important it is for them to be backed by an efficient service management system.

Pre-Tesseract, Servequip relied on an older, less user-friendly service management program. Stock management and service calls were controlled by separate systems, and stock management involved a degree of manual intervention. It was also difficult to see internally what all of the engineers were doing.

They had to look at each engineer individually, which took time and effort. As Servequip are determined to provide a first-rate service, fast response times and first-time fixes, they decided they wanted some consolidation and a greater degree of visibility and efficiency.

“The other problem was that the old program had started to creak and groan and occasionally fall over completely,” says Neill Pearson, Service Director of Servequip. “We wanted to future-proof ourselves by investing in a fresh, new and more adaptable system.”

Servequip were aware that other similar companies were already using Tesseract, such as Manitowoc Foodservice, which also supplies and maintains kitchen equipment. In addition, Tesseract’s software was in operation at Jestic, a foodservice equipment company which bought Servequip in 2011.

Jestic is responsible for the distribution side of the business, while Servequip concentrate on the repair and maintenance of the equipment.

Servequip cast their eyes over 10 to 15 service management systems, although they only gave serious consideration to three, including Tesseract. Of those three, Tesseract came out on top.

With that in mind, Servequip cast their eyes over 10 to 15 service management systems, although they only gave serious consideration to three, including Tesseract. Of those three, Tesseract came out on top.

“We looked at Tesseract in operation at other companies,” says Pearson. “It just seemed to do everything, from servicing and scheduling to parts ordering, stock control and invoicing, and it seemed to handle parts and stock a lot better than other systems we looked at. It was also much more user-friendly than our old system, and the fact that it really worked for a number of similar companies to ours led us to make the decision to go with them."

Servequip’s old program was internally installed on their own servers, and while Tesseract does offer centrally hosted, cloud-based software, known as SaaS, Servequip elected to implement the internal version of Tesseract’s service management system.

“We already had a good IT infrastructure, so we wanted Tesseract to integrate with that,” says Pearson. “The other advantage of an internal system is that you don’t have to rely on an internet connection, so if the internet goes down for any reason, we can carry on working.”

One of the numerous benefits of SaaS service software is that it is updated by the host or provider rather than the customer, and on a much more frequent basis than internal service management programs. “This isn’t a problem for us,” Pearson explains.

“Even though we don’t get automatic updates through the cloud, Tesseract is very good at regularly accessing and updating our system. So from our perspective there’s not much difference.”

How have things changed for Servequip?

Tesseract has been in place at Servequip for nearly two years now. Servequip make use of Tesseract’s Core Control Centre, Parts Centre, invoicing and customer asset tools, as well as its reporting service.

Furthermore, Servequip had a working financial system already in place when Tesseract came aboard. Thanks to Tesseract’s  inherent malleability, this was successfully integrated with the rest of the system. The majority of Servequip’s processes are now managed by one integrated system rather than several.

It has sharpened our business. While no business can claim to be perfect, Tesseract helps us to see our mistakes as soon as they are made.

“Tesseract has improved our business by giving us much greater visibility,” says Pearson. “It has sharpened our business. While no business can claim to be perfect, Tesseract helps us to see our mistakes as soon as they are made. This puts us in a much better position than other companies.”

Tesseract has also helped improve efficiency and save time. Pearson explains, “Stock is much easier to order now, because the system guides us as to what to order and when. Parts go out a lot quicker to our engineers and the whole process is more reliable because we have cut out human intervention and therefore the risk of mistakes.”

What this means is that Tesseract is helping to have a direct impact on Servequip’s first-time fix rate, which continues to steadily increase and be something that Servequip take great pride in.

What does the future hold for Servequip?

Being a service business, Servequip are always looking for new ways to improve their efficiency and productivity. Currently  they are using Tesseract Service Centre Version 5 and they are looking to upgrade to Version 5.1 at some point in the near future.

They are particularly interested in  getting more usage out of Tesseract’s reporting tools, as they would like to be able to report directly to their customers.

“Our first priorities are to review the reporting side of things, incorporate some new features and upgrade to the latest version,”  says Pearson. “After that, we intend to look at what else Tesseract has to offer.”