ARCHIVE FOR THE ‘belron’ CATEGORY 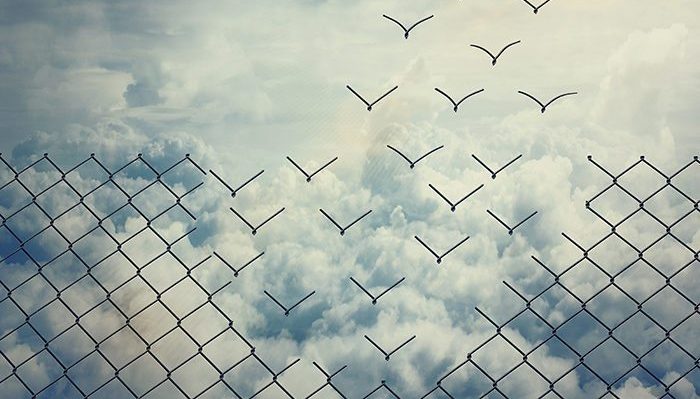 When we look at the introduction of any new element into the way our business operates there are a number of factors that define whether that project will be a success or not. Of course there is the the question of whether the tools being...

When we look at the introduction of any new element into the way our business operates there are a number of factors that define whether that project will be a success or not. Of course there is the the question of whether the tools being implemented are capable of delivering all of the improvements in efficiencies that were promised during the selection process.

However, perhaps more importantly to the potential success of any new technology introduced to a workflow is exactly how it is introduced to the workforce. Basically how well the change management process is approached.

Indeed Change Management is a vital element for most businesses as they continue to keep pace with the latest trends in technology to help them gain competitive edge.

In field service in particular, where we are seeing continual and developing adoption of technology, as companies seek to improve the efficiency and productivity of their field service operations, it is perhaps one of the most important functions of senior business leadership.

As such one of the key presentations given at last year’s ClickConnect UK conference was given by Simon Brown, Operations Development Manager, at vehicle repair and replacement giant Belron (who trade as Autoglass within the UK)

Brown joined Belron in 2000 to take a lead role in the division which was part of the Autoglass business analyst team, tasked.with driving change management.

Prior to this Brown had spent his entire post university career having worked in retail developing a wealth of experience in business process based projects as well as experience in implementing Enterprise Resource Planning (ERP) tools.

It was this experience that put him in a perfect place to help guide Autoglass and then on a wider scale, parent organisation Belron, through number of planned process changes including the management of an implementation of field service management tool ClickSoftware.

Therefore Brown’s session at this year’s ClickConnect UK conference was highly anticipated and it provided a great opportunity to gain some insight into the tools Brown used when approaching these tasks.

However, what was also particularly illuminating was some of the out of the box thinking and left-field role models that Brown looked to when building his own specific approach to change management that were revealed as he made his way through his presentation.

There were a number of excellent moments at the recent ClickConnect UK conference and one that stood out in particular was when Simon Brown of vehicle glass replacement giant Belron shared some of his secrets for achieving change management success...

Of course there are a number of well known and well established change management theories and processes with names such as ADKAR, Kotter, and APMG as well as tools such as the Change Curve familiar to those who have explored the area and Brown has embraced a number of these when adapting his own approach - which whilst being sophisticated and comprehensive enough to ensure success in the various projects he’s undertaken with Belron, also remains rooted in what is essentially a fairly simple concept.

Of course there are a number of well known and well established change management theories and processes with names such as ADKAR, Kotter, and APMG as well as tools such as the Change Curve familiar to those who have explored the area and Brown has embraced a number of these when adapting his own approach

In fact there is one fundamental tenant that Brown holds at the centre of his approach to change management. That is simply to ensure we engage the ‘Head, the Heart and the Hands’ throughout the change management process.

Such a three-pronged approach will help overcome many of the conventional, to be expected barriers to adoption amongst a team.

It will also help speed up adoption, as if done correctly, messaging around the change will engender emotional buy-in, plus speedier adoption of the incoming new tools and processes.

However, before even trying to seek the approval and buy-in from the workforce, it is absolutely crucial and fundamentally important Brown believes that we have full buy-in from the board – something that he admits was a significant part in the successful change management projects he has undertaken whilst at Belron.

In fact that support went right to the very top with Brown able to utilise a video of the video of the Autoglass Managing Director himself outlining why the organisation were about to go through such a significant change in their core operating processes.

What is also important Brown emphasises, is to keep the messaging the same throughout.

This doesn’t mean that we shouldn’t be using varied formats to deliver that messaging – in fact the more ways we can find of delivering the message whether it be via email, video, poster letter, meetings or any other manner you can think of, means more chance of both connecting with different members of the team (different people respond better to different stimuli) and ensuring the message gets understood via consistent reinforcement.

Nor does it mean that those delivering the message (again whether it is in person, print or video) should be sticking doggedly to a highly regimented script full of legalese and marketing blurb.

Again whilst this may tick a number of boxes in the corporate handbook, it will ultimately fail to convey the key ‘what’s-in-it-for-me’ message that will help you connect with the hearts and minds of your workers. What is important however is to keep the same core messaging throughout all the different communication channels.

Repetition is crucial, as is having all senior leaders standing shoulder to shoulder delivering the same core message

Very simply there should be some fundamental facts that all those involved in the change management roll out are aware of. Facts that should form the bedrock and foundations of any messaging relating to the change.

In the case of Autoglass such continuity was ensured by delivering a program of two day events for every manager involved within the change management process that was not only supported by the involvement of top tier motivational speakers but also at least one senior director at each event to help clarify exactly what the reasons for undertaking the change were, and what benefits would be delivered both on the personal and the business level.

In Brown’s own words ‘Repetition is crucial, as is having all senior leaders standing shoulder to shoulder delivering the same core message. One of the well-established change management processes that Brown and the team at Belron incorporated into their own change management approach was ADKAR a system developed by one of the leading organisations within the niche consulting sector of Change Management Prosci.

management projects at Autoglass it was straying slightly from the simple ADKAR structure that was their biggest single mistake Brown admits.

Whilst following the stages correctly throughout an initial phase of rolling out field service automation tool ClickSoftware, the one area that got overlooked was the final stage of the process ie: re-enforcement.

“We were so busy getting the next group live that we didn’t spend enough time focussing on the re-enforcement stage” explained Brown and this could potentially lead to undermining much of the good work that had been undertaken so far.

The danger being that unless the successes of the roll out are being re-enforced through continuous positive messaging there is a danger that some of the more negative pain points of the change process, and there inevitably will be some in any change management project, can become magnified.

"If people fill that empty space [where positive reenforcement discussions should be] with negatives then there is a risk of people re-enforcing those negatives” explained Brown.

The other well established tool that Brown embraced is the Change Curve. Essentially a visual tool that shows four key phases an individual will go through when undertaking a change - namely being denial, doubt, exploration and acceptance (although there are numerous variations on these four stages cited by different consultants etc.)

The benefit of using the change curve Brown explained was that first it creates an environment wherein anxiety, which is a natural emotion most people encounter when facing change, is easily and comfortably discussed in a constructive and functional manner.

Secondly and perhaps most importantly is that it provides a single language for discussing the change management process at all levels throughout the process.

For example a manager could discuss where his team are in terms of the change curve, when feeding back to the senior change management team with a clear description that is easily understood by everyone involved in the discussion.

Equally such a conversation could be had on a one-to-one basis with a team member as the manager tries to help them along the change management journey.

As mentioned earlier in this article there are many varying processes and tools that can be applied to change management.

Indeed what Brown and the team at Belron have done very successfully in their approach to establishing their own blueprint for successful change management is to identify those tools which worked well in the framework of their existing corporate persona, and adapted them to their needs - rather than rigidly following a set of business processes that may not quite fit with their existing corporate policies etc.

It is this flexibility and adaptability that is a key component in the success of Belron’s change management strategies to date alongside a constant evaluation of what is working and subsequent refinement of processes - coupled of course with Brown’s own clear passion for the subject, a passion which has also led him to drawing further inspiration from more leftfield sources.

One of these that Brown spoke about was New York City Police commissioner William Bratton who famously brought significant change to the NYPD successfully reducing crime rates at a time when all of his predecessors had failed.

Bratton is a fascinating character worthy of study for anyone interested in the traits of leadership, but his work with the NYPD truly struck a chord with Brown who comments ‘I saw in him and what he was doing a number of elements that could be part of the ADKAR model’ Brown explained. “He just intuitively led tremendous change”

And this perhaps brings us to the final ingredient of good change management.

It needs to be led by someone inherently in tune with the people they are trying to guide through the change management process. Something both Bratton and Brown have in common.

“I think you have to be a strong, people focussed leader rather than someone who is perhaps more driven by figures, someone who is highly competitive” Brown concludes and again he is fortunate to be working for an organisation which shares this ethos.

“Strong emotional intelligence, and people leadership are fundamental part of being a leader within our group.” he adds and it is this core trait that seems to be running through the spine of Belron from CEO down.

Whilst this is not easy to replicate, it is clearly at the heart of their continuing success in delivering successful implementations of new systems and tools that have pushed them to forefront of their sector and ahead of their competitors and peers.