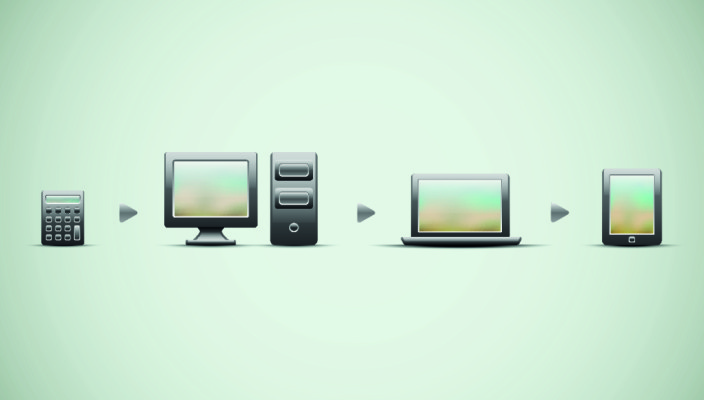 Colin Brown, Managing Director, Tesseract takes a look at the difference between functionality and technology and why technologies must learn to adapt and evolve if they are to continue to thrive...

Colin Brown, Managing Director, Tesseract takes a look at the difference between functionality and technology and why technologies must learn to adapt and evolve if they are to continue to thrive...

In all product development, especially where technology is involved, there is always a compromise between functionality and technology. And once a product has been developed, this compromise is even more apparent; the technology moves on but the product becomes frozen in time.

This can be seen with consumer household appliances, like televisions and radios, reducing their power usage, becoming smaller, lighter and even internet enabled. Cars, which are now more fuel efficient and have built-in wifi, are another good example.

Companies are forced to upgrade their products to use the latest technology at great expense or they will be left behind and commercially restricted. Here are some prime examples:

These are just a few examples of technology that is in market demand overtaking product functionality. All of these examples are from companies who invented their products, were ground breaking at their inception but became frozen in time.

It is understandably hard for companies to keep pace with technology. Key personnel, including decision makers, feel comfortable with their existing product. They may have been involved in its creation, and have no understanding or intention of moving out of their comfort zone. I think Nokia and Blackberry are notable candidates;

Companies/people seem to think that their importance is the functionality. At Tesseract, when we moved from green screen dos to windows, and used a different programming language, all of my developers left over a 6 month period.

IBM, once the giant of the IT world and the size of their 6 nearest competitors combined, are no longer so significant...and it looks like Microsoft will follow.

Life at the top is short lived. Sony, after setting the world alight with the walkman, have now become a dinosaur and are downsizing, even closing down their TV business. IBM, once the giant of the IT world and the size of their 6 nearest competitors combined, are no longer so significant...and it looks like Microsoft will follow.

Aside from companies not being willing to leave their comfort zone, another reason for not embracing technology is financial. They have honed their production, manufacturing and licensing and know the market very well.

Their business is a well oiled machine that produces results that can be forecasted to their shareholders (those bad guys). Moving to new technology is an expense risk so why bother? Just glue on some new bits onto the old product to make it look good. The problem is that when technology moves on, by the time it impacts on your business then it is already too late. The only answer is to buy one of the new guys.

The last pertinent reason for not moving with technology is a fear of failure. When a company first developed their product, they were brave in a brave new world and had nothing to lose. They fought their way to the top, beat the opposition and became very successful. Doing that a second time is very scary, they have a lot to lose. They are used to being number one and by moving to a new technology, they will have to fight with new guys on the block to regain that top position. It seems unnecessary when the business appears to be doing ok for the moment.

Apple has been rather smart in re-inventing themselves, effectively moving sideways. Although their products are technology-led, their breadth is quite amazing, each product built upon the previous. They are a modern day Sony, coming up with a new portable music device, the iPod, an accompanying online shop, a user friendly phone and a modern tablet. Although now with the loss of Steve Jobs, things have slowed down.

It does appear that in most cases, new technology is customer driven but not customer demanded, customers really don’t know what they want! They can advise on product evolution(focus groups, surveys etc.) but not revolution, digital cameras & iPhones are prime examples. New technology means a leap forward, an act of faith.

So this implies that product and service companies need to have young bright people who will either try to develop products or services to compete with their company’s current portfolio or look out there for badly executed products or services that can be improved on. Both of these processes must be continued infinitem. 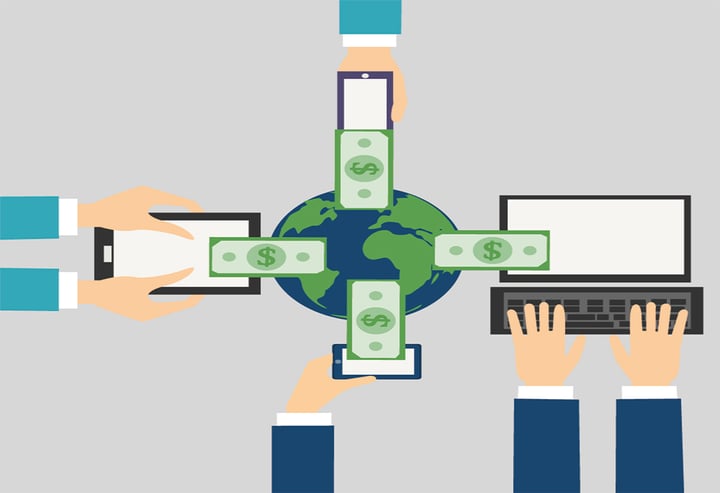 SaaS - Why should I buy it If I just want to use it?

As Managing Director of the company that developed the world's first browser based service management software, Colin Brown of Tesseract is a bit of an expert when it comes to both SM software and the Cloud itself so we asked him to give us some...

As Managing Director of the company that developed the world's first browser based service management software, Colin Brown of Tesseract is a bit of an expert when it comes to both SM software and the Cloud itself so we asked him to give us some guidance on the SaaS model...

I’ve been asked by our dear editor to look at the SaaS model in delivering a service management application. SaaS or Software as a Service has been around many years but has recently entered the mainstream with the term “cloud”.

There is no doubt that many large software companies ignored SaaS, hoping it would go away, their business models based on big sales and complex, expensive IT infrastructures. Not small monthly amounts that SaaS proffers.

So without certain advancements - cost effective data centres, Internet and predominantly browser based software, SaaS would not exist. The cost would have been simply too high. There is no question that the SaaS model was born out of the right technology.

In 2005, Tesseract was in the vanguard of offering this as another option to deliver its service system. Salesforce.com has made SaaS more mainstream and now we see companies developing application software that is only available on SaaS and have a business model built around it. All of this in a short space of time.

From a service management perspective, the high cost of owning sophisticated software, which is a significant barrier, has been removed by SaaS. Now relatively small companies can now compete with larger rival as they can rent the same standard of software. This renting of the software reflects a huge shift in mind set by the developers. Historically, they would have been terrified of the software being copied and low value recurring revenue threatened their business model. However, most independent service companies have recurring revenue which actually fits neatly with “renting” the software.

SaaS is also a good practical fit with service management as field based technicians can connect with the system, via any web browser anywhere in the world (as long as the application is browser based.) In the old days, the software had to be physically installed onto a PC and required a phone connection to be accessed. Now a mobile workforce can be mobile!

In large part, this is thanks to the hosted server a.k.a. The Cloud. SaaS data centres handle all the expensive, complex fire walls and demilitarized zones that keep information safe. We work with Rackspace in the US, the leading hosting and cloud global supplier, and Memset, an award winning UK supplier of hosting and cloud solutions. SaaS is also safer in that there are no systems in the office in case of disaster or power shortages. However, I think it is wise to invest in additional servers as back-up, giving a higher degree of resilience. This is something we offer at Tesseract.

The support offered under SaaS is also advantageous. Since access to the software is controlled by the supplier, all the software upgrades are installed and installed correctly (free of charge at Tesseract). Employees are no longer able to “play” with the data as it is hosted remotely, which reduces system errors.

However, it does not mean businesses are isolated from their systems, Most modern web products support Web services, including Tesseract, allowing connectivity to tracking solutions, accounts/erp packages, post code hosted solutions, hosted customer survey solutions and all new web-based services.

We have found that the service management industry is a diverse bunch with different requirements so we offer the ability to “Pick ‘n’ Mix”. Some customers take the rental and support option but would rather install the software on their own server; other customers require remote hosting and support but they prefer to buy the software and others want the whole SaaS package of hosting, rental and support. With all three options, the internet and/or an intranet are the delivery routes.

SaaS has really taken off in the US, more so than in the UK currently. All of our new business in the US is SaaS and we expect the UK to follow suit.

Find out more about Tesseract in the Field Service News directory