AUGMENTED REALITY AND MILLENIALS: THE FUTURE OF FIELD SERVICE

Do Millennials and Augmented Reality hold the key to the future of field service?   Field Service News Editor-in-Chief speaks exclusively with Professor Howard Lightfoot of  Cranfield University School of Management to find out why field service organisations should ditch the chalkboard approach and embrace augmented reality

Augmented Reality (AR) is starting to make some serious waves in Field Service.

AR has made its way from being one of a number of potential technologies that we could see impacting in our market to perhaps the biggest conversation in field service circles, matched only by the emergence of a number of case studies of how Internet of Things.

One man who has been talking up the importance of AR within a field service environment for some time is Professor Howard Lightfoot.  Indeed, it was his forward-looking work at Cranfield University in embracing AR and it’s potential use amongst manufacturers and service organisations alike that garnered him a coveted place in this year’s FSN20 – a list of the most influential people within the field service industry globally.

However, whilst the potential for AR as a field service tool is vast, Lightfoot’s work has been in applying it in another area that will likely have just as big an impact on the field service industries globally: using AR as a training tool to bring in the next generation of field service engineers.

I took the opportunity to catch up with him after his presentation at this year’s Aftermarket Business Platform conference to find out more about the work he and his colleagues were doing and to ask the $64 billion question – is there a sufficient skill-set and talent pool amongst the millennials to ease our fears of an approaching ageing workforce crisis?

Lightfoot, who is perhaps arguably more well known for some of his pioneering work in the field of Servitization, is part of a team at Cranfield who are very much ensconced in the world of manufacturing both at home in the UK and abroad.

“We are looking at how companies maintain products throughout their useful life and that can be ten, twenty, thirty year but also doing that at the right cost. So a lot of our research is on doing that,” he explains.

“So, how things work, degradation mechanisms, self-healing technology. The area I’m working in and the reason I’m interested in the aftermarket business and field service is in the application of augmented reality in training people and also getting data out into the field readily and easily.”

The application of AR in field service operations is potentially an absolutely massive game changer, he believes.

The application of AR in field service operations is  potentially an absolutely massive game changer..

“It could de-skill the field service activity - and there will be parts of the world where you can’t get the right people. With augmented reality you can link them to a skilled technician back at base who can take them through the process, not with a manual, not on the phone but he can actually see what they are doing and he can overlay information for them, digitally point at things ‘that’s the nut, this is the one you turn. Don’t torque that one anymore than this, torque that one to this level or undo that cabinet first and make sure you disconnect this before you do that.”

Indeed as a tool for transmitting knowledge and experience from one corner of the globe to another it is a genuinely exciting technology that could really up the ante when it comes to improving productivity in the field.

However, it is the use of AR as a training tool that Lightfoot is truly passionate about.

“You can visualise things,” he begins when asked why it is such an important tool in future training techniques.
“They use it in chemistry teaching - you can visualise a molecule in virtual reality much more effectively than a two dimensional picture on a computer screen or in a book. Imagine augmented reality where you get a molecule and then start overlaying information for students on that and then it becomes much more meaningful. It becomes real.”

As mentioned above, whilst in many ways we are on the cusp of a glorious period for the advancement of field service with technologies such as AR and IoT begin to open up completely new ways of structuring field service operations, at the same time we are facing a crisis of unheralded proportions as huge swathes of our workforce edge ever closer to retirement age.

I was interested to explore whether Lightfoot felt whether the use such bleeding edge technology such as AR could play a role in attracting and the brightest and best of the next generation away from the dominant careers of finance and law and towards the Science, Technology, Engineering and Maths (STEM) subjects that could help field service organisations cope with the sudden loss of their baby-boomer workforce.

The UK government has realised you can’t build a country just based on financial services...”

“There is certainly more of an interest now in manufacturing in the UK generally with brighter people,” he admits. “I think for years people wouldn’t go near something like manufacturing or even science and engineering because it was too difficult and manufacturing does seem to have a bad press. Everyone wanted to be in finance not manufacturing. Now things are starting to turn a bit. The UK government has realised you can’t build a country just based on financial services.”

“Luckily with some of the technology emerging, like augmented reality technologies, these millennials, the guys going to university now are born into this technology. For them it’s just second nature. They tweet they send text messages at a faster speed then I can talk and so the use of that technology for them is completely there.”

Of course it is one thing attracting millennials, educating and training them is another matter entirely and if we are to harness the dynamism of this young demographic we must understand that the way they learn is fundamentally different to how their predecessors did.

As Lightfoot comments : “In our day, Google and the Internet weren’t around. If you had a project to do it was library and some really serious heavy detective work to get some information. Now the information is instantly accessible they spend the time learning rather than finding the material to learn from.”

However, the biggest difference is not so much the access to information but the way information is disseminated. For a generation born into smartphones and social media, sharing and collaboration are simply parts of life. This is something Lightfoot believes Millennials can benefit from greatly.

“They’ll share with people, they’ll text somebody a message about what they’ve found, they’ll email somebody something they’ve got or they’ll send somebody a link through social media. So the technology is there for sharing, for learning quickly and for accessing information quickly. It’s incredible.”

Of course the flip side of this is whilst a generation that has such easy access to information has phenomenal opportunity to learn rapidly, there is also a danger of them being less focused. However, Lightfoot believes that the key to keeping Millennials engages is through the adoption of technology within the teaching environment.

“This is why things like virtual reality and augmented reality are so important.” He explains, “When you start using that to train them and educate them then that’s the technology they are familiar with. They’ll buy into that far more than giving them a book or standing somebody in front of them lecturing at them.”

“Learning via technology and these new techniques is going to feed their desire to want to learn. I picked up a study from Columbia state university on augmented reality and training and there study showed people picked things up twice as quickly when trained through augmented reality than being trained with the hardware and with a guy in front of them. Also they said they felt it was a more intuitive way of learning.”

Given the above, Lightfoot also is a staunch advocate of ensuring the digitalisation of knowledge bases and integrating them with training programs sooner rather than later. “I think you’ve got to capture what you’ve got and make sure you retain that tacit knowledge, the knowledge learnt over the years. I recall talking to Rolls Royce many years ago about how they saved information on engine data. The problem was they saved it in different methods in different places. Spreadsheets, software, handwritten and in their heads so you must get the infrastructure right to capture knowledge from the guy in the field.”

“For example if you’re using AR to help an engineer in the field that can now be recorded. It doesn’t just disappear anymore. You can digitize the whole thing. So every time the guy speaks to someone my take would be: for God’s sake make sure it’s recorded. Once you’ve got that digitised you can share that information easily.”

You don’t tell your new engineers to go read the manual, you send him to these recordings and the trainee is happy because that’s the technology he is used to, he adds “You need them integrated, you need to make sure the knowledge capture and the knowledge sharing work together. There is nothing like learning from someone who knows what he is talking about whichever way you do it.”

And what about that $64Billion dollar question? Can millennials replace the ageing boomer workforce? Are they suited to field service engineering roles?

“Absolutely” Lightfoot states, “I think more than any other generation now because of the technology they are used to and the way are used to acquiring information. They are used to data sources and it matches quite well with the way systems have to be put together in terms of things like field service and maintenance.”

“So I think yes they are fit for the job. What we have to do is get them interested in manufacturing and technology industries so let's drive that on.” 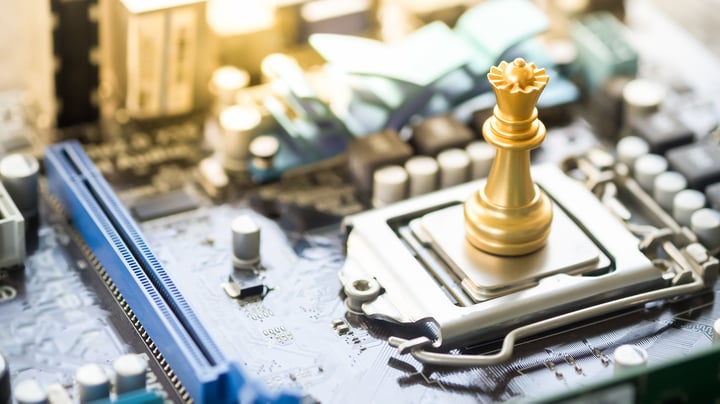 Beyond the Headlines: The ServiceMax/Salesforce Partnership 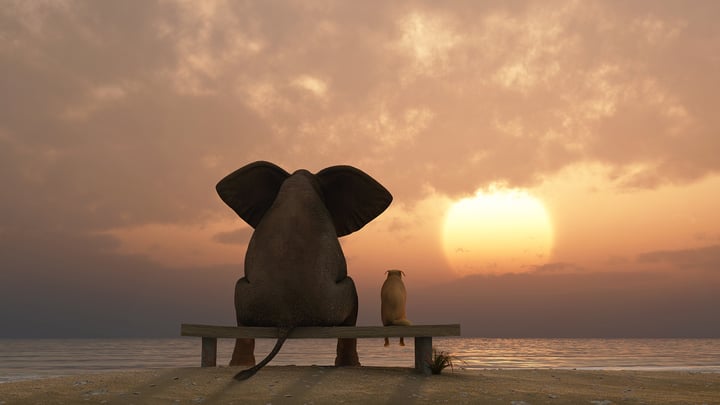